How an “average girl” became the MP for Vauxhall

“Never in my wildest dreams did I think a girl like me — from a council estate in Brixton — would be representing 90,000-odd constituents in Parliament.”

In case you didn’t know, Florence Eshalomi was elected as MP for Vauxhall in 2019. By that time, she’d already represented Lambeth and Southwark on the Greater London Assembly. Earlier than that, she’d served on Lambeth Council. And before that, she'd worked on the 2008 Obama campaign, meeting the president-to-be and first lady in person.

Her biggest concerns are racism and discrimination, and the impact of poor housing on communities, particularly its adverse effects on young children and their families.

But before we get round to all that, how did she go from “tumbling out of” Electric in Brixton to a career in politics?

Florence speaks very proudly of Brixton and growing up on an estate there, despite financial hardships. She describes a “warm, safe environment” full of fond memories.

“Memories of so many activities in and around Lambeth that we used to look forward to. I spent many happy summers at Slade Gardens Adventure Playground, Max Roach Park.”

Making ends meet was still a daily challenge, not made any easier by her mum’s diagnosis of sickle cell anaemia. But coming from a large Nigerian family, there was always an aunt, uncle, or cousin to look after the girls when their mum had to go to hospital.

“Our estate was a community. People often stereotyped and made assumptions about people that lived on estates, but I saw a different side.

“The boys who were probably being chased during the week by the police… on the weekends those same boys were helping their grandparents with the shopping at Granville Arcade, which people now refer to as Brixton village.”

A seed was sewn

Those early memories played a big part in her path into politics: her mum’s undeterred resolve in challenging authority, the stereotyping of her community, and the importance of secure early-years settings.

“My mum would always go on about the council. I'm like, what is this thing called the council? I learned there were a number of people on the council that were making decisions that had such a big impact on me and the people that lived on my estate.

“Yet in a borough like Lambeth, I thought why is it that it's majority white people on the council? Why don't we have a more diverse council to look at making sure they're listening to all residents and advocating on all their behalf?

“I used to stand at that bus stop outside the town hall thinking ‘when I'm old, I'm going to get in that council’.”

Yet perhaps the seed was sewn much earlier than her bus-stop vows… “I remember my mum taking us to the polling station and talking about why it's important to vote. Why it's important to look at what the different political parties stand for, and why you must hold them to account.” 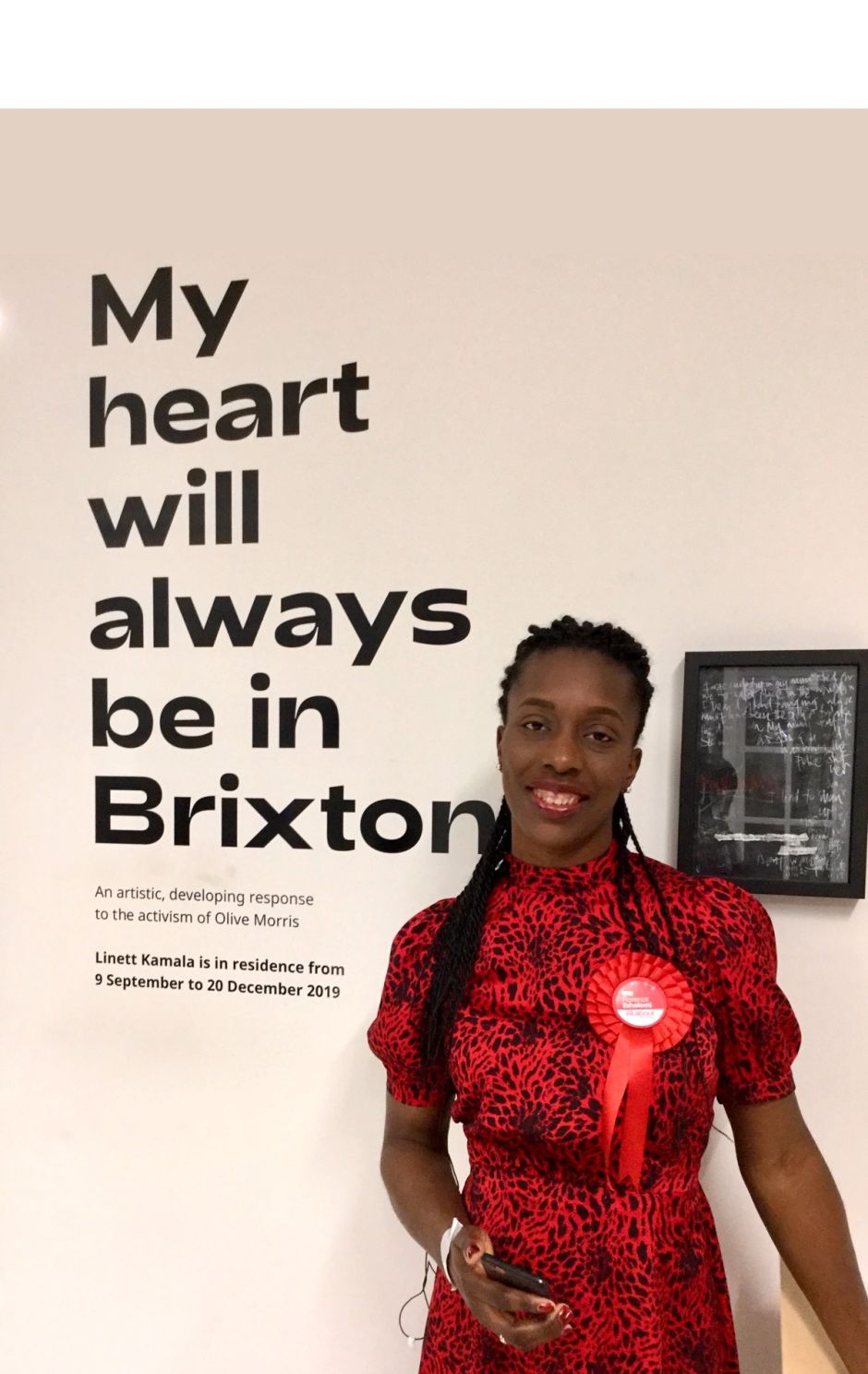 Florence would eventually go on to study Political and International Studies with Law at university, before benefiting from an EU-funded Erasmus scheme to study at Utrecht University in the Netherlands. It was during her Erasmus that she became more active in politics.

“I somehow found myself on a march with a group of Dutch students and international students because there'd been an incident with one of the far-right Dutch politicians.

“There was an element of an anti-racism march. I thought you're doing all of this in Holland, you need to get more active when you get back to London. That's what took me to look at what's going on more locally around me.”

Fast forward to 2008. Florence was whisked away to the US for two weeks to help the Democrats during their successful 2008 election. Her experience in Labour’s 2005 election win had earned her a ticket to Ohio for what she describes as the highlight of her political career – and perhaps the inspiration to her subsequent rise and a seat in Parliament back home.

“The Democrats is the sister party to the Labour Party, and they just needed a group of campaigners who had effectively worked on elections.

“We were out in Ohio. It was the height of the credit crunch. Seeing so many big houses with foreclosure on them, which is their version of repossession.

“Our main aim was to get people out to vote. Doing a big rally drives people to the polling station.”

It was at one of those rallies where she came face-to-face with the president-to-be and the future first lady. “There was a big rally in downtown Columbus, Ohio. I got to meet the main man and Michelle introduced him. You could definitely see that she was the power behind the couple!”

What keeps you awake at night?

Which is the biggest issue you face?

There still has to be a lot more emphasis on housing because for me that's the thread that holds everything together.

There's no point in having fantastic services in our schools, children's centres and youth clubs if we're sending children back to accommodation that's inadequate.

I see pictures of properties that are frankly unsuitable. I see the overcrowding. I see the impact it's having on children in terms of their learning.

How can we improve outcomes for children?

To know that the life chances and the outcomes for children can be determined by the age of five should really worry us as a society.

I benefited greatly from the children's centres in Lambeth when my two kids were born. I know why it's so important to invest in early years. I'm very grateful for the maternity service and the appointments for the midwives that I had.

I think the funding from LEAP has been instrumental. There's been a focus on mothers and families where English isn't their first language. A big focus on health and nutrition. What's good for children in terms of their diet and when to start weaning. A lot more emphasis on the dads. There are support networks and activities for the fathers and partners, which is great. All those things have undoubtedly made a big difference to new mothers and fathers in the borough.

What challenges have you faced as an MP?

The challenge for me is how I do my job effectively as an MP in terms of advocating for constituents. To make politics more relevant to everyday people's lives. To see that politics is relevant and not to be put off by it.

To let people know that I was elected in my own right, like every other MP. So please don't mistake me for another black female MP, who deserves her own recognition. Out of 650 MPs there are only 14 of us. I'm not sure why people keep confusing us with each other.

Meeting so many fantastic people. Having lived in and around Brixton all my life, there are still so many things that I'm surprised about. So many new things I learn just getting out and visiting the schools, community groups and residence groups. It’s such a really good part of the job.

Getting selected to become the candidate for Vauxhall. I didn't think that someone like me could do this. I'm just a black girl from Brixton. I'm just your average girl :)

Thanks for coming, was lovely to see and celebrate with you all! https://t.co/d0MbpznPWz